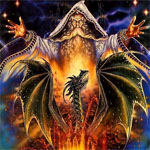 This alchemy is yet another gift from the "Merlin Collective." Its effect is literally a pinnacle in spiritual achievement - emptiness. Although I'll be writing more about that soon, I'll quote from some Buddhist, or maybe just Chinese, teaching.

"We shape the clay into a pot, but it is the emptiness inside that holds whatever we want."

When this alchemy came into being, I had our superseer look at it. "Wow," he said, "that stuff's powerful."

"It empties you, immediately."

That loudly rang some bells for me, as the above philosophical axiom had had great meaning for me for many years.

So I used it, and an hour later I was empty, more so than I'd ever felt. I turned Mary onto it, and she went empty as well. Both of us had typical episodes of moderate physiological difficulties, which is to be expected with huge transitions. Eventually, we got some to the superseer, and he was "out there," or in his terms, "way out there," since the first use. The state of being that it brings is what is worth talking about. First off, you gain an inexplicable understanding of what the above philosophical snippet means, on levels that go way beyond language and "normal" human comprehension. In other words, you understand perfectly, especially with the feeling nature, but you can't explain it. You can try. You can use all of the clichés over and over again, but it does absolutely nothing to help someone else understand what you're experiencing.

So, let's go ahead with some of the clichés. It's pure being. For three days all I wanted to do was to experience, completely experience, one moment leading to the next, and also the interval between the moments, blending all the moments together into a single continumoment. I couldn't force myself to do anything. I would rather have sat and stared blankly at a white wall than anything else. The enjoyment of it is indescribable. I love sailing. I love Jetskiing. I love creating. I love to golf. I love to look at deep space objects through my telescope. During that first stage of the increased fusion of me into AllMe and its multiplicity of layers, staring at the wall had more appeal for me than any of the things I love. I didn't want to miss one second of it, so I stayed up unreasonably late, unable to put myself to bed (after all, that's just a form of doing) night after night after night, unwilling to miss it. You might ask, "Miss one second of what?"

And I'd say, "That's just it. It's IT. You'll know why you can't explain it either soon enough."

But the explanation doesn't matter. Only the feeling. Only the state of being.

I cried a few times. I didn't know why. It didn't matter. All I know is it felt beautiful to do it. I wanted to cry for days because it felt so beautiful to do it. I was beautified by the beauty in beautiful. The tears were beautiful, and the beautiful became tears…the inexplicable beauty objectified as saline solution issuing from these confoundingly bizarre and beautiful implements we call eyes. And the love…it doesn't flow. It doesn't expand. It doesn't direct. It just is. And I'm that IS, more than I'd ever known while clothed in this false and fleshly mantle. I've felt all this before, many times, but it just deepens, as does the inexplicable understanding, but I can say with certainty that I had never known what True Emptiness feels like until this alchemy.

More clichés. It's luminous. It's love. It's being completely filled to overflowing with emptiness. The love is beyond belief. It's a new knowing of what we already know to some extent or other - the preciousness. You look at any of the fakeness of the global pageant in any media…it doesn't matter what it is, death, destruction, divisiveness, control, people overcoming, sharing, helping each other, coming together…it's all the same thing. Whether it be inviting cancer in or winning the lottery…it's the same thing. It's precious beyond any price. It is EXPERIENCE, nothing more, nothing less, and that has to be drank, savored, relished, loved, and you have to be drunk on the confounding, head-shaking limitlessness and unexplainable process of everything, but especially of whatever that process - thought of as a person - is looking back at you in the mirror. No matter how fake this entire thing is, and it's just incredibly fake, increasingly more so than ever for me, it's still precious beyond any capacity to comprehend on any level of being, mind or perception.

Then one day I knew I was something else. Whatever Jason was or is, that's absorbed into the larger Metaself. The Jason that was really couldn't have been absorbed into That prior to that because it was impure, that Jason, and it had to be emptied of the residue impurities in order to be allowed into the "body" of Metaself, for the same reasons you would bless water or food before ingesting it. It would be a fair question to ask: "Well, aren't all the alchemies supposed to do what you're saying?"

And it's a fair question. The best way to answer it is that emotions, and thoughts, have mass. The densities, most of which result from emotional expression, lodged deeply within our subtle bodies and recesses of the psyche are in fact the foundations upon which our composite selves are built, which includes the local "physical" self (what a joke! - physicality! ha!). It's like Jenga. Maybe you're familiar with it. It's in fact why Jenga was invented - to symbolically show people how this works. You carefully, with precision and strategy, pull a block from the stack, your intent being to remove something that is a foundation for something else, without causing the stack to collapse. The stack may sway a little, but it ultimately finds its vertical center again, 90 degrees to Earth's horizon, and becomes still. You replace each piece removed with the "mass of nothingness," which is why stability is re-gained. Then you remove another piece, re-establish stability, then another.

This is the alchemical process in a nutshell, and has been such since time immemorial, where we carefully remove what doesn't belong and replace it with "the mass of nothingness." This is why it is a progression.

But we'll be getting into that a lot more, since it's now my job to get more of our membership to understand the critical presence of the alchemy.

If you feel you're ready for it, get it. The "Merlin Collective" didn't push it into this plane for no reason, and it certainly isn't just for a few of us. But do please follow your gut. It won't hurt you, but its ultimate effect might not take place for some time. If, however, you get it and use it and six months from now you're suddenly empty, you'll know why.

The bath additive is a by-product, and makes for a wonderful way to transform your bath water into an amniotic fluid which more efficaciously conduces the higher properties of Metaself and the many layers of selves between. Ask Mary about the power of the Sacred Bath with it. The two ounce bottle would "treat" as many as four baths, but again use your instincts for the quantity to add.

Most importantly, laugh, cry, have fun, and know you're among friends and family, which are really interchangeable terms.

Here's Mary's description of I Zero. 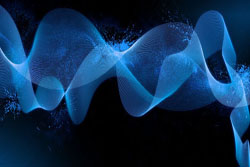