This is a 1 ounce bottle of nanoparticle, high energy vanadium and H30 - Vanadium is a trace element that is essential for a healthy body. Animal studies have shown that vanadium might be linked to normalizing glucose levels, and it has been shown in both human and animal studies to decrease blood sugar levels and to increase insulin sensitivity.

In the same informal research, it also proved to be involved in lowering blood pressure. Because of its regulatory effect upon blood sugars and related metabolic activity, vanadium also tends to maximize efficiency in metabolic conversion of sugars to usable muscle and tissue fuels, which is leading some in bodybuilding circles to consider it to be a performance enhancer and lean muscle builder. This metal will also be studied at length in the future, and much more will become known about it.

This form of vanadium is prepared through the use of an electronic device that produces between 220,000 and 250,000 volts of cool direct current electricity, and will disperse the elements through deionized water, making what is known as a monodisperse suspension. A monodisperse suspension is, in our case, an aqueous (water solvent) solution containing elements where each particle is the same size, shape and distance apart, also referred to as homogeneous. All of these nano-element products are 100+/- ppm. The electrical current can also cause a plasma-like reaction in a chamber with inert gases and is always either neon blue, indigo or purple. 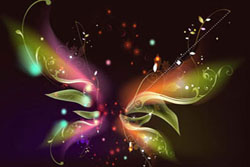