Ormus Gold - Why Are You Here?

Related Content: INTERNATIONAL SHIPPING INFO | SHOP BY YOUR INTENT | THE EFFECTS OF OUR ALCHEMY

I'm here to get gold ormus (or other types)

We have anywhere between 25-30 ormus alchemies around here, which you can check out in the navigation above. Some are extremely high level substances. Those to the right are our no-brainer steps, which work incredibly well. I've been doing this for more than 20 years, and we're known by the most aware to be the highest level there is. There is no best ormus. There is only the highest, or purest, ormus. Best refers to what is best for the level of the person. Phasix, Step 4 below, measured 20 million on the Bovis scale. It's one of the highest, but is it best for everyone? Not many would be ready to take advantage of all it had to offer without the steps.

In modern times, a great deal of mysticism has been assigned to things like "shewbread," "manna," "Mfkzt," the "elixir of life," and so on. Opinions on the meaning of Mfkzt differ from source to source, but some believe it translates roughly to "what is it?," which is ironic. Shewbread was discussed in the Bible, and Egyptian art shows cones of something thought to be the shewbread, or manna. In February of 2020, I rediscovered how to make the True Manna of Biblical reference, the food of the Gods given to Pharaohs by secrets adepts. It's the genuine article, and you can find it here. There are two versions of it, a dry powder and wet gel. The gel is what the Pharaohs used as a life-extension sacrement that could help them become "as the gods."

In the context of consumable products, ormus are minerals (elements on the periodic chart) which are separated from their source's natural matrices, or converted from purified elements, such as gold. Salt, for example, collects into its cystalline structure whatever elements are saturating it. They then become bound with the salt, but salt can be easily dissolved into water. To "unbind" the elements from it, you reverse the polarity of the salt water, and "liberated" materials will begin emerging (precipitating) from the saline water, leaving the salt behind. What is meant by reversing the polarity? By adding an acid to an alkali (base) solution, or by adding an alkali to an acidic solution.

In more complex, sophisticated and far higher level ways, pure elements, like gold, can be dissolved into strong acids. The polarity of the acid solution is then "flipped" the same as with salt water. To make high level alchemy then takes often many many steps to get it to a level where it is safe to consume.

The end result are non-metallic materials that, once beyond a certain stage, resemble ceramics, but still retain conductivity. Nature can do this conversion work over long periods of time, or strong acids and alkalis can do this conversion work over much shorter periods of time. Those ceramic-like materials taken from natural sources have many other elements in the non-metallic form mixed in, which means they're never going to be as pure (more on that below). When using pure gold to convert through chemistry, you know exactly what you're going to get. The right natural sources, however, usually provide just enough "noble" ormus from the various ingredients to get anyone started along a true alchemical path.

Where did the term "ormus" come from?

Ormus is a term a de facto group of knowledgeable enthusiasts and non-official researchers decided upon as a general-reference term in the late 1990s. They decided the term would encompass the entire spectrum of substances that in times past were thought to be monoatomic (one atom molecules), or diatomic (two atom molecules). "M-state" and "high-spin" were also used quite a lot during the heyday of these types of substances. I was there for all of it, so I speak with some authority.

It's doubtful that any producer, except possibly us, is making monoatomic elements. This isn't a boast. It's a comment on the methods used (our methods are unique - nobody but us has or uses them). Whether they're monoatomic is beside the point, however. In Egypt, in Judah, in China, in Middle Ages Europe, the word "monoatomic" didn't exist, and it didn't matter. What matters more than anything, by far, is who is making it, and secondly, from what it's being made. The importance of who's making it can't be stressed enough. About me.

What about David Hudson's process/ormus?

David Hudson did some crucial work in putting this whole cottage industry on the map. In esoteric terms, his process is a bit mechanical, and therefore not on a particularly high vibrational level. For 15 years, I've had 2 grams of David Hudson white powder gold from pure gold in my possession, like a memento. I've sampled it a few times, and it has a nice physical lift. I view it as an heirloom. It was important. The incomplete patent can be accessed and anybody can put it to use. If you do, be ready for a most unexpected learning adventure. Back in the day, an organization called Ascension Alchemy employed it and made some pretty high level stuff. David Hudson assumed almost mythical status in the community, but things fell apart and the dream never materialized. Along the way, and this is my opinion only, his fame got to him a little and he never branched into any truly esoteric wisdom thread. We all owe him a huge debt of gratitude for playing his role.

What is the so-called real thing?

Right out of the gate, it must be stressed, again, that the level of "real thing" is not determined by a recipe, but by the alchemist, more specifically the purity of the alcemist. One person could dissolve gold and come out with a white powder at the end, but if an alchemist follows the same recipe, the end substances won't resemble each other in any way accept appearance. What they would be able to do, reach into, bring about, clear away, would also be worlds apart.

The problem with the use of the word "ormus" is that it includes, obviously, precipitates produced from salts and dry mineral sources, which I don't think should be lumped in with substances that are alchemically prepared by a person. But ormus is the term we're now working with, and that's that. Most salt sources are literally 40% (or more) milk of magnesia. These precipitates from salts might contain something like:

Nobody really knows the actual content of high-spin ormus in any source, no matter what they publish or believe, or what analysis they've used. If the material is prepared right, and by the right person, bridging 3D to the quantum realm or higher spheres means it won't analyze as the same thing during the day as it would at night, for example. You can read an example of the weird changes in fluctuating ppms here.

If extracted and made by the right person, the 1% ormus gold, 2% silver, and 1/2% ormus rhodium, can be beneficial. The problem is that you have to consume too much of one thing to get enough of another thing. And sometimes the other ingredients in a given natural "matrix" might even be helpful with absorption, or uptake, or other metabolic responses and adjustments. But other ingredients can also hamper metabolic processes. This is why the source material matters and, ultimately, why the person making it matters. The truth is that many of the most experienced in this field view precipitates from salts done by the widely-known (and incomplete) wet method as plantfood.

Getting precipitates from salt and mineral sources is a beginner's way of getting involved in the extremely broad, intricate and, most importantly, hidden world of "alchemy." Separating minerals from salt is where "ormus" as a word got its start, because the wet method was available all over the place. Adding kitchen lye to dissolved solids isn't alchemy, in the view of many, and methods that use source materials like limestone are no better. Some dry non-salt sources, such as the volcanic cinder cone David Hudson used, are rich in "ormus." We use an excellent source of (proven) monoatomic ormus in Origin, in fact.

The long and short of it is that ormus precipitates made by people using salts and mineral sources are simply using the words "monoatomic" and "ormus" as the means by which they're able to get clicks to their websites. The chasm that exists between those operations and actual High Alchemy is like the difference between a lump of coal and a diamond. See what I'm saying? You have to get way deep inside there to touch and release a given substance's true spirit. A recipe won't do that. Only an alchemist can do that. Like we say elsewhere: DO YOUR RESEARCH. There's a lot of questionable information out there, just as there is in any industry involving consumables where standards of quality can differ by huge margins.

If you made it to here, good on you! Thanks for reading. 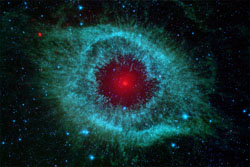